The Southern U.S. State and the coastal islands of South Carolina are lovely. The most striking feature along its 2876 miles of tidal coastline is its chain of barrier and tidal Islands.

South Carolina boasts beautiful wide sandy beaches. Additionally, many of these beaches are located on the barrier islands, which are constantly transformed by tides, currents, and tropical storms coming off the Atlantic. South Carolina beaches attract millions of visitors each year. In fact, Myrtle Beach alone hosted 20.4 million visitors in 2019.

While popular beaches attract tourists who want a beach holiday, other island beaches are more remote, pristine, and protected by residents who ardently work to preserve fragile ecosystems. Many areas on the islands are protected as parks and wildlife refuges and are full of birds and indigenous animals. Others yet are private.

Below are some of the most alluring coastal islands of South Carolina with a focus on individual intriguing characteristics.

Kiawah Island is a barrier island located 21 miles from Charleston, South Carolina. Primarily it is a gated private golf and resort island. However, on this verdant, green island, you will find 10 miles of spectacular wide sandy beaches, 30 miles of hiking and biking trails, and 123 acres of parks in addition to its first-class golf courses.

Kiawah is also a haven for wildlife. With over 10,000 acres of land and 10 miles of beach, Kiawah serves as a vital nesting ground for loggerhead turtles. As well, from the wooded uplands to the beaches, a variety of animals thrive in its rich natural environment. Among these, deer, a world-renowned bobcat population, gray foxes, raccoons, river otters, ospreys, and other birds and reptiles are just a few of the many animals that can be found here.

Visit The Heron Park Nature Center, The great egret rookery, and Beachwalker Park with its wide boardwalk through oaks, palmettos, and pines.

Ducks Unlimited is partnering with others to restore two barrier islands off the coast of South Carolina. Capers Island State Heritage Preserve, an undeveloped barrier island owned by the South Carolina Department of Natural Resources, is located approximately 15 miles north of Charleston, between Dewees Island and Cape Romain National Wildlife Refuge. Capers Island lies about three miles from the mainland, is approximately three miles long, and is accessible only by boat.

The island is part of the 60-mile-long stretch of the coast, protected from any development. Its most well-known beach is called the “bone-yard” because of the old tree stumps and skeletons bleached by the sun. The beach is popular with photographers, beachcombers, and kayakers. The island is full of wildlife, such as deer, raccoons, and loggerhead turtles. Also, there is an abundance of birds that thrive in the untouched wilderness.

Edisto Island is a Coastal Island located 42 miles from Charleston. It is named for the native Edisto people who inhabited it for centuries before white European plantation owners began using it for timber, hunting, growing indigo, rice, and cotton in the 1700s. Most of the early laborers were slaves of African origin. Today it is a resort and tourist destination.. In addition to resorts, you will find Edisto Beach and Edisto Island State Park, which includes a ranger station, education center, and beachfront camping.

The town of Edisto and its beach are family-oriented and not over-developed. Here the Edisto River, one of the longest free-flowing blackwater rivers in North America, completes its 206-mile journey to the Atlantic Ocean.

About 12 miles from downtown Charleston is the Isle of Palms. It is a small barrier island surrounded by unblemished sand beaches and crisscrossed by a network of marsh creeks. As a matter of fact, while the island has been a popular vacation destination for years, it became much more inviting and accessible after constructing a bridge to get there in 1929.

Moreover, the island’s great fishing, beaches, and golf provide ample temptation for visitors today. While the town itself is located on a narrow strip of land along the Atlantic beach, the Intracoastal Waterway separates it from the mainland. It is an up-scale community with large oceanfront homes, high-end resorts, and fine dining. The island is known for its beach volleyball tournaments, the Wild Dunes Resort, and the turtles that lay eggs on the beach every year.

Daufuskie Island is the southernmost inhabited Sea Island in South Carolina. It is nestled between Savannah and Hilton Head Island. While It covers only 8 square miles, it has 3 miles of stunning beachfront.

The Island is surrounded by the Atlantic Ocean, Calibogue Sound, and the Intracoastal Waterway. Additionally, the Island of 400 inhabitants is only accessible by ferry or boat.

Not only that, the entire island has been declared a Historic District. Indeed, few paved roads and its ancient oaks create a timeless feeling of its past. Furthermore, It offers a charming cultural experience with old Gullah houses, environmental preserves, art galleries, and private communities without many coastal beach communities’ hustle-bustle.

Additionally, this lovely Island served as The Water Is Wide setting, Pat Conroy’s haunting and powerful tale of a place the world forgot.

Folly Island is one of the South Carolina Sea Islands, in Charleston County. This 7-square-mile island was used during the American Civil War by the Union Army as an important staging area for attacking Confederate soldiers in the Charleston area.

The largest town on the Island is Folly Beach. Its County Park is the access point for the best beach on the island. The park is located at the west end of the island and has 2,500 feet of oceanfront. A popular tourist destination, activities and amenities include boogie boarding, picnicking, umbrella, chair, and bike rentals on the beach. Visitors can encounter loggerhead turtles and dolphins in the waters around the island and bald eagles in the sky. The Folly Beach Fishing Pier is perfect for fishing and bird and dolphin watching.

Bear Island Wildlife Management Area, owned by the SC Department of Natural Resources, provides quality habitat for wintering waterfowl and other wetland wildlife. These include threatened and endangered species such as wood storks and bald eagles. The managed Island also provides a habitat for upland game and non-game species. Finally, it provides recreational opportunities for the hunting and nonhunting public (as stated on their website).

Bear Island is only an hour from Charleston, but it is completely divergent from this cultural mecca’s hustle-bustle. Conversely, it is an undeveloped 12,021-acre South Carolina Sea Island near Bennetts Point, South Carolina. Being a part of an estuarine reserve and a Wildlife Management Area, it is popular for biking, hiking, fishing, hunting, and bird watching. While the island was once a rice plantation, today, it is tranquil, where hikers can view some of the magnificent old plantation houses now being reclaimed by nature. Also, old rice fields are now left to approximately 50 species of birds and other wildlife, making this their home.

Pawleys Island is a barrier island less than 4 miles long and barely wide enough to build a house. It is separated from the mainland by a beautiful salt marsh. Two short causeways provide accessibility to the Island. Understandably, due to its quaint quirkiness, generations of visitors return year after year to this unique Island.

The Civil War and major hurricanes have changed the face of the island through the years. Yet proudly, it displays its nickname “arrogantly shabby.” Quite unlike neighboring resort islands, parts of Pawleys have changed little since the 1700s. The historic district proudly displays signs with a brief history of antebellum homes. Many of these are now rentals while still owned by 3rd, 4th, or 5th generations of families.

Ok, it’s not a Sea Island but a fun Island you might want to take in on your visit to South Carolina. It is located on the Intracoastal Waterway between Mt. Pleasant and Isle of Palms. Rumour has it that the island got its name thanks to the goats that local celebrity Bubba Love and his friends bring to the island and let loose to graze the ample vegetation growing there. A popular tourist pastime is to walk the Marshwalk on Murrells Inlet to view the goats and now peacocks who have also taken up residency. You can also view them from Drunken Jack’s bar across from the Island. Pretty creative advertising (The owner was the one who put them there, to begin with).

The island was once home to a reclusive couple trying to escape civilization, but now it only serves that purpose for those who want a break from the ordinary for a shorter time. The island is accessible only by boat, so you will have to include that in your plans.

Off the coast of Beaufort on Morgan Island free-range monkeys abound! Crazy right? Here’s the story. In the summer of 1979 (a really good year for me by the way), 1400 monkeys took up residency on an Island in South Carolina. Not really having any predators and nothing better to do than expand the family tree, the original colony has exploded to almost 4000 today.

Originally, the colony came from a primate research center in La Parguera, Puerto Rico. Their initial value was to fulfill biomedical research.

If you were hoping to, you can’t visit Monkey Island. The South Carolina Department of Natural Resources owns and maintains Morgan Island. It was acquired as part of a collective effort to protect natural resources along the ACE Basin better. That said, while CRL takes care of the monkeys, the colony is actually owned by the National Institute of Allergy and Infectious Diseases (which is part of the National Institutes of Health). 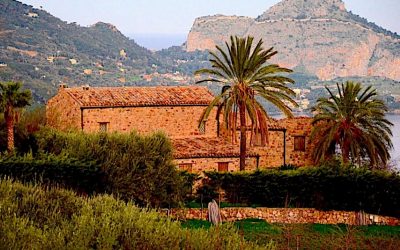 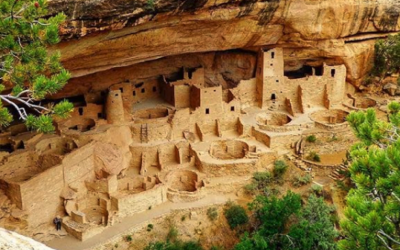