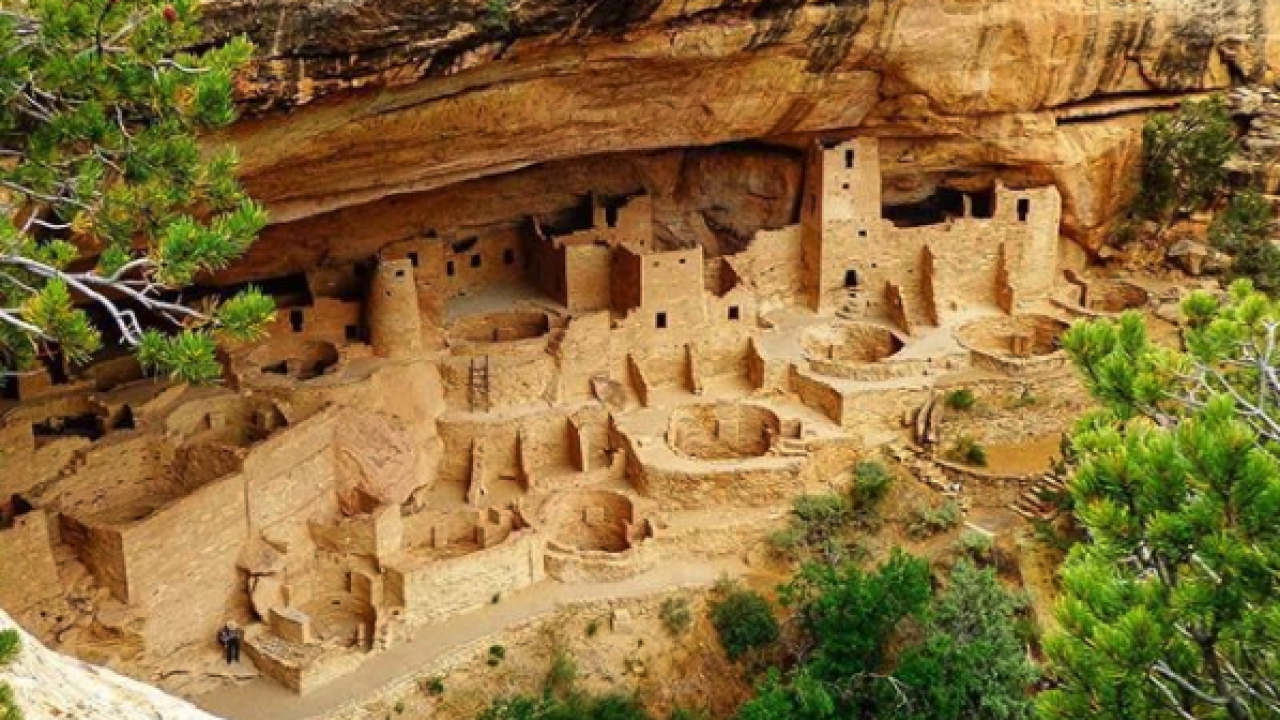 Mesa Verde is the only National Park dedicated to humans. Significantly, it is 1 of only 24 Unesco World Heritage Sites in the United States.

The Anasazi themselves observed and studied the sky and its heavenly bodies. As farmers, it was essential for them to understand the moon, sun, planets, and stars and follow the seasons for planting and harvesting. They left behind much evidence of their keen astronomical knowledge. For these reasons, Mesa Verde National Park in the southwest part of Colorado is an important cultural resource and a motivation for visitors seeking spectacular views of the night sky above the park.

Today, the park protects the rich cultural heritage of 26 tribes and offers visitors an important window into the histories of their contemporary lives and historic past.

Mesa Verde was established as a National Park in 1906. Chiefly, it was designated as such to preserve it and to further study the archeological heritage of the Ancestral, Pueblo People who had lived here pre-historically.

Interestingly, these cliff dwellings were continually inhabited for over 700 years, from 600 to 1300 CE.

In conclusion, Mesa Verde contains some of the most notable and best preserved cliff dwellings in the United States.

Unique dwellings of the Anasazi in Mesa Verde National Park

Spruce Tree House at Mesa Verde is an amazing example of a well-preserved cliff dwelling. Remarkably, most of its walls of wood, and plaster are original. Additionally, archeologists have found at least 120 rooms and eight kivas at the site. Notably, this makes Spruce Tree House the third largest cliff dwelling in the park. Significantly, up to 19 households, (60 to 80 people) lived in this one cliff dwelling by the late 1270s.

Fortunately, you will be thankful when you visit Mesa Verde National Park today, be thankful that its importance and the archeological preservation that has taken place for future generations.

Obviously, Mesa Verde National Park is an important living link between the ancient past and the present way of life for this generation of Pueblo Peoples.

In general, the 4-Corners region offers much more to see and do beyond this park. As Mesa Verde National Park in Colorado makes a wonderful first experience it is an excellent jumping-off place for your continued, amazing discoveries. In fact, this part of the U. S. will immerse you into an original culture during a fascinating, historical time.

Discover The Beauty of the Mesa

Mesa, Spanish for table, describes the flat-topped tableland of this region. Mesas which have one or more steep sides are common in the Colorado Plateau. Secondly, Verde is Spanish for green. Thus the name literally means green table.

Mesa Verde shown here in winter is a beautiful place to visit in any season.

Canyons of the Ancients

Canyons of the Ancients National Monument